In Britain a legal decision has been taken that represents an absolute severing of the most fundamental element in what has been our boast for eight hundred years. Again and again the governance of Britain has been called to account over centuries and tested in this matter. First monarchy, then parliament, and then in that wedding of crown and people that became the renowned compromise between monarchy and a two tiered parliament – one elected by the masses and the other a hereditary land-owning house of correction and honing of common law – which was to become a praised model across Europe. At the end of the twentieth century the unbalanced socialist premier put the final marker on the House of Lords, already fatally wounded by the decision to create life-peers chosen by government. Opposed by Lord Cranbourne, direct descendent of Queen Elizabeth I’s ruling family, the Cecils, the hereditary principle was abolished, reducing the second chamber to an extension of the Commons. Thus one chamber government in effect destroyed the British Constitution.

The weakening of parliamentary government was exacerbated by the slow restructuring of Commons’ practice following World War II. The Conservatives were reformed from a gentry-based farming party to a new-rich business party while the socialists moved from being a trade-union based workers’ party to being an Americanised middle-class party.

The new century saw the gradual surrender of Britain to what, 1945 had made clear, was the new role of post-industrial Britain, a financial clearing-house under American control. It was this transfer that was the real explanation of the otherwise inexplicable entry of Britain into military adventures, first in Iraq, then in Afghanistan. This entrapment in turn led to a series of changes in the law which radically redesigned the British legal system. With the new and undefined concept of ‘national security’, directly following America’s path to abandonment of its own past, Britain’s civil order began to unravel.

Now, with the new situation, Britain stands to lose its long heritage of protected liberty, and that means to break the tie that binds monarchy to people.

Before defining this affair it is vital to put on record that it is in no way an oblique defence of the men on trial. I am, over years, on record opposed to the follies of political Islam and its bastard offspring, terrorism. What is at issue is the decision to hold a trial in absolute secrecy, on grounds of national security. Further, let us put on record our disgust that the jewish law Lord, Lord Carlile, has spoken in its favour. That is something that for a modern jew is shameful, for it was such a decision in Germany that ended with an unchallenged mass genocide.

Our great guide in all matters of civil society’s health and preservation, the noblest and most important voice of the Scottish Enlightenment, Adam Ferguson, spoke clearly. He said:

We must admire, as the key-stone of civil liberty, the statute which forces the secrets of every prison to be revealed, the cause of every commitment to be declared, and the person of the accused to be produced, that he may claim his enlargement, or his trial, within a limited time. No wiser form was ever opposed to the abuses of power. But it requires a fabric no less than the whole political constitution of Great Britain, a spirit no less than the refractory and turbulent zeal of this fortunate people, to secure its effects.

It is nearly the 800th anniversary of the Magna Carta, which alongside specific laws relating to land tenure, and kingly obligations, laid out a clear law assuring an accused person a trial in public hearing before his peers. Today it is about to be rescinded.

If these prisoners are tried in camera, in secret, and unwittnesed it will reverberate throughout Britain and indeed, the world. It will break Parliament’s bond with the British people, and worse, it will end justification for a monarchy indifferent to this essential human mark of liberty. 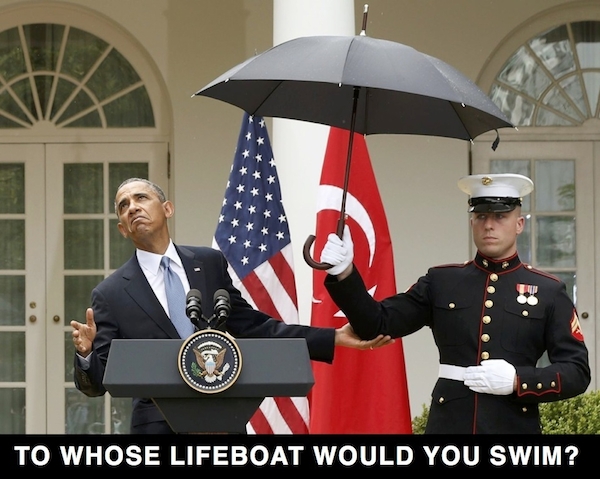