The crowds that gathered in hopeful protest outside the Cypriot Parliament on 30 April stood wavering in disbelief as they heard the news that their government had agreed to an economic subvention that will wipe away the myth upon which their country stands. The signboards fell slowly to their sides as the idea of their state-new and on the European frontier-was shattered. With it comes the end of the idea of the old representative ideal, the social contract was shattered and left strewn on the street along with the defeated debris of their protest.

The 23 billion Euro bailout package provided by the Troika of the ECB, IMF and EU will leave the minute country in economic austerity and a sobering array of banking reconstruction and unemployment parallel to their Greek neighbour. For the first time in the European Sovereign Debt Crisis capital controls clamped down on the flow of money out of and within the country leaving citizens unable to access their funds. And while the Cypriot case is a dwarf in comparison to the situation in Greece, it highlights fundamental political contradictions at the heart of the European Crisis and the future of the European Project.

The European Union that has emerged from the Treaty of Paris is predominantly the result of one of two views on the question of post-war Europe that held sway at the time of their signing in 1951. Europe was grappling with the devastation left behind by its Civil War and two fundamental aspects of the way forward took centre stage to their rebuilding efforts. The first was the manner in which a post-war Europe could be established that would be incapable of going to war with itself again and the second lay in the economic form that this new setup would take.

The creation of the European Steel and Coal Community in 1951 created a symbiotic industrial interdependence between France and Germany and was seen as a means for the two historical rivals to bury the hatchet in the interest of economics. At the same time, this embryonic agreement held within it the potential to grow into either the Federalist vision of Jean Monnet or the vision of a ‘Europe des patries’  of Charles de Gaulle.

In the midst of the tectonic shift of Western power away from Europe and into the waiting hands of a relatively upstart America, parallels can be made between the European question after its Civil War and the American question that preceded its own fratricide. On the one hand lay de Gaulle who stressed the need for the nation-state to remain the atomic stuff from which an interdependent but inherently dynamic Europe should be built, just as Jefferson saw an America made of independent states. Jean Monnet, a fellow Frenchman with strong ties to America, like Hamilton, pushed for a ‘United States of Europe’ that mirrored the economic and political federalism of the triumphant America.

At the centre of the divergence between the two views, de Gaulle’s and Monnet’s, lay the question of sovereignty in the face of economic integration. And while Monnet’s views, despite his being behind the Schuman Plan, hit brick walls during the de Gaulle era his ‘method’ has been the basis of the European project that has evolved into the crisis point we see today.

Let us qualify the Monnet Method. It is first and foremost the result of a linear and universalist approach to the political. In this sense it aimed at creating a technocratic sphere outside of the traditional nation-states that would create a politically universal Europe by using economic levers as the basis of power – the bland and politically neutered members of a European Parliament in Brussels and the European Central Bank that sits conspicuously in German Frankfurt. Integration according to this approach requires the amalgamation of the European states into one mercurial definition of the European. The question of how this will happen was deliberately left to pragmatism and remains obtusely open ended. At the same time the Method rests on  Franco-German cooperation as the ‘whip’ to allow for the integration process to be plausible and in the form of incremental steps.

Here is the rub – the inherent contradiction also known as the ‘Democratic Deficit’. If Europe is to be politically integrated as a technocratic dream using economic reins  on the European states, the result of carefully evolved and developed notions of liberal approaches to the idea of sovereignty based heavily on an ideology of Nationalism, will have to agree effectively to give up the basis of sovereignty and legitimacy upon which they are built. For the EU to integrate successfully, the map of the continent must effectively dissolve.

In the European Sovereign Debt Crisis, parliaments of European states have had to answer to Brussels despite the fact that it entailed going against the will of their people and the immediate interests of the states. Gone is the Greek and Cypriot idea of Enosis upon which their history is based. Here we see the merits of de Gaulle’s reservations to Monnet’s vision which is in effect a United States of Europe minus the notion of a Manifest Destiny.

The European crisis, of which Cyprus is part, is at its very heart the manifestation of the question of legitimacy as the effective hold on power attempts to shift from nation-state to the supranational sphere of the EU. The economic woes of Cyprus are the result of the expansion of the EU’s political and economic power at the expense of the power of individual states. The crisis of legitimacy that events in Europe have highlighted is an issue upon which the viability of the EU as technocratic project hinges.

The Issue of Legitimacy

Carl Schmitt, in his work The Notion of the Political, defines the Political in a similar manner as being that which is strong enough to group men around what he identifies as a friend-enemy antithesis of its own that is ultimately able to use force against the enemy. The only aspect that needs to be added to this would be the ability to establish taxation. 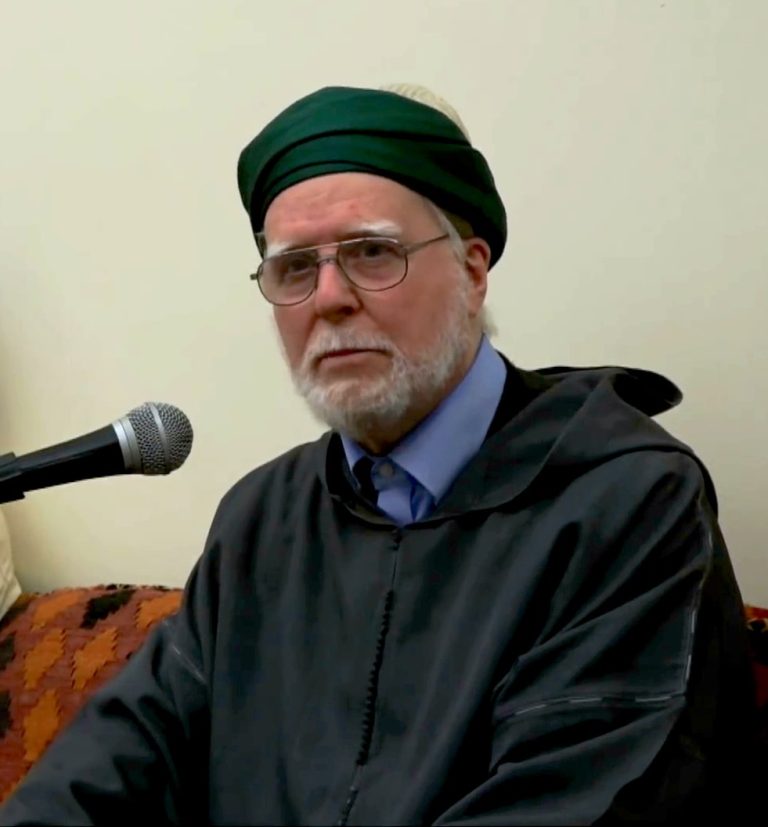 Shaykh Abdalhaqq Bewley, on a recent visit to the Qadiriyya fuqara in Cape Town, South Africa, delivers an essential discourse that succinctly outlines Shaykh Abdalqadir as-Sufi’s journey he took through the Deen of Islam. Praise be to Allah who has guided us to this wonderful gathering and has brought me here once again to this…

Introduction This paper on Riba’ is of primordial importance, a necessary step on the path to Islamic recovery in our time. It is by ‘Umar Ibrahim Vadillo whose great near-thousand page study, ‘The Esoteric Deviation in Islam’, marks the historic turning-point which takes us beyond the two false and twin positions of terror and ‘tolerance’…. 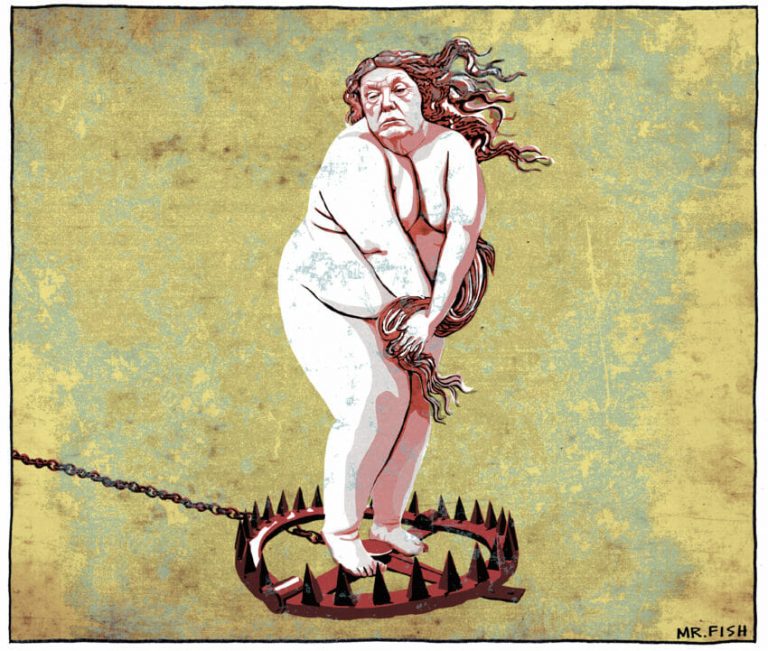 The following article was written by Chris Hedges for truthdig.com: (https://www.truthdig.com/articles/the-coming-collapse/) The Trump administration did not rise, prima facie, like Venus on a half shell from the sea. Donald Trump is the result of a long process of political, cultural and social decay. He is a product of our failed democracy. The longer we perpetuate… 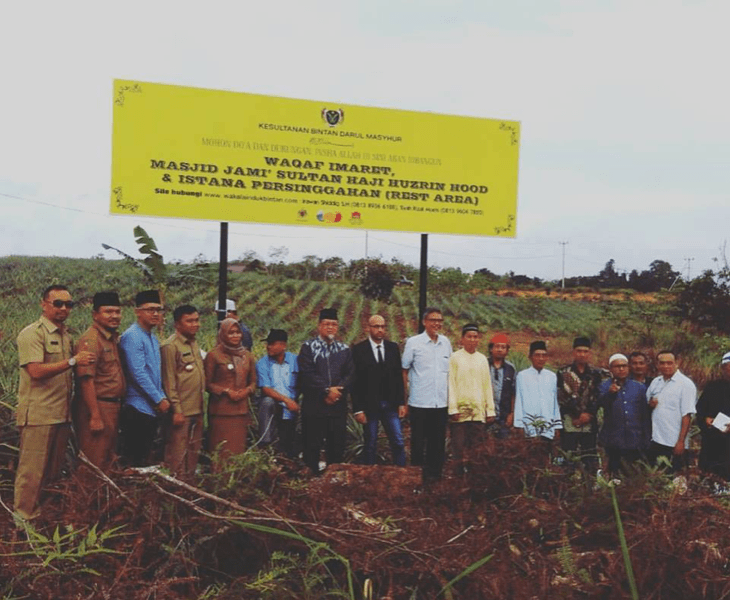 The Muslims of West Borneo under the leadership of Amir Pak Zaim Saidi are at the forefront of the reestablishment of Islam in our age, the report of which follows. The end to the enslavement of the Muslim masses does not require a jihad in the traditional sense but a struggle to obey Allah, restore…

Introductory Note It is a great honour and privilege to be able to present this text of Parvez Asad Sheikh. He is one of the leading intellectuals of the new generation of Muslims and is already manifesting the intellect and leadership which will undoubtedly lead to a major role for the Muslims at world level….

The Recovery of True Islamic Fiqh An introduction to the work of Shaykh Dr. Abdalqadir as-Sufi by Hajj Abdalhaqq Bewley (Hajj Abdalhaqq Bewley and his wife Hajja Aisha together produced: ‘The Noble Qur’an: a New Rendering of its Meaning in English’, which is now the translation of choice among Muslims.) A man came running from…