Hail to the Crown Prince!

With the world changing at astonishing speed and the Western world unable to recognise its own structural crisis, it is important for the Muslims to take stock of where they are, and indeed where they are not, and look with new eyes onto everything.

In the West a massive crisis came under the impact of a slave religion which saw a transformation, involving its collapse over hundreds of years, first in two and then into pieces, gradually spreading its tentacles across Europe. So potent was the new religion promising bodily resurrection, that the structural crisis was engulfed in the dynamics of the emerging solution through the broken failure of the primal vision that split ancient Rome. The idea of democracy, in itself no more the philosopher’s metaphor, was soon overwhelmed by the events which saw the emergence of a new style of government. As Ferguson said:

“The government, by this revolution, devolved on the senate and nobles.”

“The government of Rome, as it is represented after the expulsion of the king, was becoming entirely aristocratical.”

The disenfranchised majority continued to grow with the expansion of Rome into an Empire. Gaius Marius ‘The Peoples General’ transferred the power to the Roman army. In the bloody civil war we saw the upheaval as power transferred to the brutal dictatorship of the aristocrat Sulla. Under his dictatorship, Sulla revitalised the republic, but it was Marius who had made the structural transformation – the power now rested with the army. So when his nephew emerged from the reformed senate he took over. This was Julius Caesar.

So it was that the European state, trapped in the state abysmally depressed by the wealth of the church, found itself helpless until the emergence of a radical revision of catholiscism. At that point French intellectuals turned to history and among the plethora of documents came out the famous ‘Vindiciae Contra Tyrannos’ in which the author signed himself off as Brutus. This was the second point in the political transformation that ended with the failure of the roman church to halt the new thinking that dominated an ethos of free-thinking.

The next major event in Western history comes when a group of settlers rebelled against the taxes imposed from Britain. In the true spirit of christian persecution they fell upon the great nations then governing the whole landmass of America. Once the continent was annexed, they called California the ‘Last Frontier.’ The country was founded, in defiance of his oath of office, by a rebel general and a handful of lawyers (the general worshipped Caesar, an ominous beginning). He then proceeded to massacre all but a handful of the great American peoples in what remains the greatest genocide of a nation, unequalled in history until the German persecution of the Jews. There was no talk then or later of Wilson’s doctrine “the right of self-determination.”

So here we are at the third stage of world evolution. The mistaken idea that history would repeat itself, which it does not, to cover over the abysmal failure in confronting the inevitable uprising of the Saddami forces, renaming them ISIS, has resulted in chaos and making the Egyptian dictatorship an ally. The third talk of a coalition makes no sense to western intellectuals. The Kurds cannot both be allies and terrorists, and they well know that they are the only force fighting the Saddami incursion into Syria.

While all this chaos has been unfolding it is important that the Muslims do not fail to recognise the profound change that has taken place with the death of the King in Arabia. The inheritance passed for the last time in the line of brotherhood. In a burst of inspiration and vigour, the new King declared his son the Crown Prince. It was the end of an epoch and the beginning of a new one. Backed by a new foreign secretary, speaking perfect English, and thinking with a quite new ideology, the following things happened:

What we have to realise is that this is a new order in Arabia that has to be supported by the Muslims. And it must also be appreciated that we depend on this regime for the perfect and the impeccable organising of the Hajj. It is important that Indonesia puts itself under the guidance of the Crown Prince and we all look to them for a renewal and revitalisation of the Deen in our time. 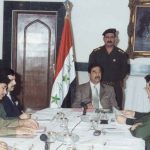 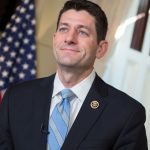