Firstly a note of thanks to all the concerned people from all over the world making du’a for my recovery.

There are two important works I wish to draw your attention to. The two subjects that dominate the contemporary discourse, one is terror and the other is the vast migration of people into Europe.

The first of these is a work by Adam Zamoyski entitled Phantom Terror. It is deeply disturbing and a serious reading of this book is best explained by its subtitle “the Threat of Revolution and the Repression of Liberty 1789 – 1848”. Zamoyski is one of our most important writers and this is a history book without comparison.

The second work is entitled Weapons of Mass Migration whose subtitles are “Forced Displacement, Coercion and Foreign Policy” by Kelly Greenhill. Dr. Greenhill deals head on with the theme of ‘coercive engineered migration’. It is massively researched and documented, and leaves one in no doubt that it is possible to make millions of people up and leave behind their living and their way of life. There is no doubt that the movement of the masses over the last few years has been planned and orchestrated in the most cynical and heartless way.

Once thinking people recognise the fear of terrorism, as historically demonstrated by Zamoyski, is now an interstate doctrine and the apparent helplessness of the European Union to defend its borders against this mass invasion, demands that thinking people interpret anew.

Terrorism and mass migration are proving highly successful as a means of controlling the masses and one has understood these two civic forces, terror and coercive engineered migration represent a massive determination to destroy European culture… 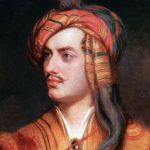 ‘WHO WOULD BE FREE THEMSELVES MUST STRIKE THE BLOW.’ Lord Byron2015 Articles, Shaykh Dr. Abdalqadir as-Sufi 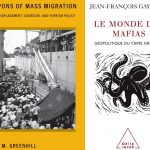