World War II – The Bill Has Come In

Emmanuel Kant wrote in his ‘Project for Perpetual Peace’,

“One must not allow in a war that the hostilities should be of such a nature as to make impossible a reciprocal trust once it becomes a question of peace.”

The Second World War was uniquely activated by the political class. Each leading country claimed its governance through a mass franchise. On the face of it two dictators ruled and elsewhere democracy implied the people’s choice. In reality the political class dominated in every place in the same way. Universal franchise is a model designed for dictatorship. In Britain, Churchill told Lord Boothby,

‘It took Armageddon to make me Prime Minister, but now I am here, I am determined that power shall be in no other hands but mine.’

The war in every nation concerned, consisted of the following:

Contrary to the constructed version concocted after the war, every side was enmeshed in mass-murder.

The war broke out specifically to aid Poland in her attack by Germany.

In mid-course the war changed character with the entry of the U.S. This led to the American invasion of Europe. America undertook with Britain a doctrine of unconditional surrender.

Greater than the motivation of Germany and Russia in engaging in battle, simple territorial aggrandisement, the motivation of America, alone it must be said, with a bankrupt Britain and a surrendered France, was an unconditional dominance of Europe.

The unconditionality of war’s end therefore also handed over to Stalinist Russia half of the European continent. There was no consultation, no referendum, no alternative. In this, Hitler had given half of Poland to Stalin. Roosevelt gave him the other half.

Now let us look at the participants.

France had legally surrendered and the President had agreed to divide the country in two. One half occupied, the other left to itself, an undefined colony of the New Germany.

Italy had fought with the enemy but in the final stage of the war and a military invasion the Fascist government collapsed, and its dictator executed and hung upside down in a public square. It declared itself “liberated” as did France!

Germany was divided in two. The eastern sector was given to Stalin. The western zone was briefly divided into areas governed by British, American, and even French forces!

In East Germany the brutal communist regime set up a brilliant secret police, surpassed only by the KGB and later the Mossad of Israel its one post-concentration camp civic achievement. One of East Germany’s Stasi is now the Leader of Germany.

In this ghastly disorder of the 20th century among all its deceptions and illusions of morality one vital issue has never been confronted.

I do not, I repeat I do not mean what is today called anti-semitism. The term is often coupled with the term anti-racism, as if it were not so common, but rather a higher prejudice as if it implied holding to it also implied rejecting Spinoza, Jaspers, Kafka and Marx, and indeed as the Nazis did, Mendelssohn and Mahler. For this reason they are correct in seeing it as a condition more serious than the racism of the D.N.A. Yet it is embodied in this fatal distinction that emerged the root source of mass Jewish persecution. Thus in Nazi socialist Germany, targetted because Jewish, came scientists, composers, writers and financiers.

What then was the unconfronted issue, the matter never resolved at the end of a war halted by unconditional surrender?

If the Germans were evil – perpetrators of concentration camps and the aimed elimination of Jewry – then it followed that we, the American based west, were good. This was the dichotomy I have spent a lifetime decoding. Make no mistake, one cannot propose the opposite, that fascism was good and we, the atom-bombers were evil. Sartre declared that the only victory over fascism had been military. This still implied a lurking war against the Jews.

To see deeply into the matter one has to dig deep into the German psyche. In 1945 the German people were held responsible for the ‘it’ of the war – the Third Reich.

They were the cheering millions at Nuremberg and Berlin. It was a dialectic. We had not gone to war because of totalitarian tyranny – but because a land was invaded. Poland. America came into the war to invade Europe, and it did. The beaches of Normandy are still necrologies to dead American invaders.

If the issue became transferred to a moral rescue of a macabre persecution – then it followed that we were the rescuing party. Germany had the blame and we had to claim to be its opposite.

The dialectic was false. The cause of the crisis had occurred by the collapse of the Weimar Republic’s currency – the Deutsche-mark. Poverty. Malnutrition. Social degradation. It was paper-based banking as currency and system that were the medical symptoms. Change in fundamental elements of capitalism was the cure.

The Jews are not, were not to blame, but they fatally had been actors in the event.

With unconditional surrender the chance of a reckoning was removed. People were allowed to look at the criminals and the liberators and the villains and the heroes. No one, absolutely nobody looked at the webbed causes of a fatal system which had malfunctioned so dreadfully that it opened the door to Nazi Socialism in the land of Schiller and Goethe.

In this recovery of capitalism, so welcome after years of hell, the real intellectual deception, the perpetrating crime had not been removed. What was that? It was the tragic error of Nazi-socialism – that the enemy was not the capitalist web of usury but rather, it was the Other. Remove the Other and all will be well. Alas, the Other was designated as the Jew, and the Concentration Camps were opened.

Today capitalism after two major systemic crises stands on the brink of what could be its final collapse. At this point the Germans, who have never asked these vital questions, answers to which exonerate them from the trap of history, are yet again pointing the finger. As they did 70 years ago – at the new Other.

Today it is the European Muslims.

For a French socialist Prime Minister to talk an outdated language making us all Jews is to define us as hopeless, rudderless ships in history. We are not, and they are not. The modern Jew is facing the same crisis we do – that is, the imminent collapse of globalised capitalism, based on the essential claim of perpetual increase in the exchange in a world of limited resources. The Jews, the Christians and the Muslims have long since named it usury.

We must wake up! 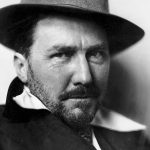