France and the Rational

Some have expressed confusion over my approaching the French moral crisis using mythology and metaphor.

Ezra Pound ironically voices that view in Canto 87 when he says:

‘Remove the mythologies before they establish clean values.’

Pressed for a political stance – I have reflected further. Firstly, the situation. That is, a tiny near-bankrupt satirical magazine surviving on mocking the founder of the last revealed religion, adhered to by billions of humans on the one hand and the great historical state of France and a founding pillar of European civilisation, on the other.

When a man moves the piano to place it near the stool it is immediately clear that he is not a pianist but an idiot. The pianist would simply have moved the stool closer to the piano. The matter should have been solved without moving the piano – in this metaphor, the state of France.

Secondly, on another level of politics, the quotidian. What is needed? This is the deepest matter of governance. Let us go to the most ancient counsel. Of course identical guidance will be found in the Sunna, but the accused cannot defend itself.

1. Kung said: the Process is not far from man, it is not alien to him. Those who want to institute a process alien to mankind cannot make it function as an ethical system.

Cutting axe-handle
Cutting an axe-handle,
The model is not far off.

One seizes one axe-handle to cut the other. One can, at a glance note a divergence from the model. Thus the man of breeding uses men to govern men. Once the defects are eliminated, he stops.

3. If a man has sympathy in his heart the Process is not far from him. Do not do to another what you would not like to have happen to you.

The conclusion of these points can be listed. 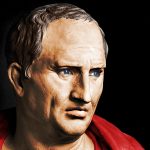 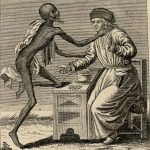