People informed me that in my list of collaborators with the U.S. Rescue Iraq Plan Turkey’s name was missing.

I put the matter aside out of respect for my relations with the country, its Osmanli inheritors and its superior leadership in the hands of its statesman-President. Apart from my private warning to beware influential Ikhwanis around the throne I have stayed silent.

My personal ties with the Tariqah of the blessed Shaykh Sami Effendi remain constant.

On the matter of Iraq, therefore, I have been reluctant to speak.

Turkey’s ties to NATO are part of the President’s inheritance, post-world-war-II. He could offer as a NATO-member, (paid up!) to close the Dardanelles which in one move would inactivate the annexed Crimea. Probably America would hate that, its allegiances being so contrary to its policies. In relation to Syria and Kurdistan deep historical issues rise to the surface. Before Syria’s invention by a Europe broken by wars, it was a province of the Osmanli. So, indeed was Kurdistan.

Now Kurdistan was dishonoured by the dog Mustafa Kemal. Partly due to his psychological state, knowing he was not a Turk, hence his nom d’etat, Ataturk, he set out to punish the Kurds. Pretending a fascistic monism of Turks in the new modern Turkey he removed the important academic body of Kurds who had been the intellectual core of the Osmanli state and he banned the great and complex Kurdish language.

It must never be forgotten that Mustafa Kemal’s unique achievement is linguicide. He wiped out the Osmanli language, reducing Turkish to a mere few hundred word dictionary. On top of that he nearly succeeded in finishing off Kurdish as well.

Now the present anomaly of the American situation in Iraq is that not only has it allied itself to Iran while its oil is in the Muslim slave states of the Gulf and Arabia but it is obliged to arm the militant Kurds in northern Iraq. Thus, the U.S.A. is arming and using as crack infantry the members of a military group of Kurds dedicated to the liberation of Kurdistan and already a condemned body by the U.S.A. and the U.N.O as one of the top terrorist groups in the world.

The matter facing Turkey is the matter of Kurdistan.

If the Peshmerga are fighting the Baathist-salafi Khawarij group and Turkey joins the struggle the first rational and just action is to free Abdallah Ocalan, the imprisoned Kurdish leader. A United Turkish-Kurdish front should be established. It follows that the Turkish military under legal political authority should unilaterally enter Syria, finish off the evil Shi’a tribes of Assad, liberate the cities and free the Kurdish north.

Nothing now can be achieved without granting powers to a renewed Kurdish population.

While state structures still appear to have some presence under the Corporations-governed world the time necessitates a Turkish-Kurdish Federation from Istanbul to Mosul. 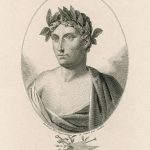 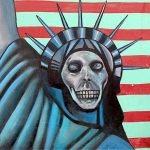