As the U.S.A. fragments into separate bankruptcies – a Republican writes a book called “The People Have Spoken – and They were Wrong!”

A great American General, setting up his dismissal from a war he knows cannot be won by a Commander-in-chief thousands of miles away, who himself is ignorant of military strategy, confides to a reporter ‘I think the President is afraid.’

The American failure as a social model can be measured in three events.

The final stage of the anarchy left in the ruined state of Iraq has produced a situation voided of rational analysis.

The embittered disenfranchised Ba’athist military have made alliance with the other enemy of the Iranian-controlled Shi’a government in Baghdad, the extreme salafists. Declaring itself an Islamic Caliphate in defiance of the historical record – it has set up its military operation as being itself a state. Although controlling a vast space from Iraq to Syria it is still a mobile military operation with not one trace of civic statehood to its name.

To a culture dedicated to an ideology and media-designed way of life preaching tolerance, charity events and celebrities at home and a war conducted by drones and bombers engaged in slaughtering indiscriminately, whole families, in remote highland villages in the Himalayas and Philippines, a few grizzly old-world beheadings have produced an almost uncontrollable hysteria in Washington. The topping of a few foreign heads by the khawarij military faction claiming statehood, (what business did the victims have there in the first place) resulted in a flurried breaking-news-philosophy new war led by the U.S. to try yet again to mend the broken state of Iraq.

Iraq is historically finished. Two men might have rescued it. Dr. Shalabi, Iraq’s best brain who tricked them into the Iraqi war in the first place. He is rejected as he would hand it over to Iran. Dr. Alawi, also a Shi’a, but not doctrinaire, a cultured and wise man but utterly rejected by Maliki’s Shi’a policy.

This gives the world the present psychosis of an American President without advisers of value – the story of his life.

Born a Muslim and raised as one he rejected it to become a lawyer/politician. So far his only political achievement has been an ability to descend the steps of an aircraft without touching the handrails.

Here are his democratic allies:

Question of the hour: If a Commander-in-chief has lost control of the bankrupt city of Detroit what chance has he of taking control in Baghdad?

As I survey the world situation and its madness –

Post-communist Russia with a Fascist race doctrine and abolishing the doctrine of the sovereign state.

The psychosis of America – its petrol in Muslim slave colonies – its military support of these colonies’ enemy, Iran/Syria.

My life enhancing poet, Horace, reminds me men have been ever thus.

‘Where, where are you rushing to in this evil madness?
Why are you drawing swords that have only just been sheathed?…
this is not the way of wolves or lions; they are never ferocious except to other species.’ 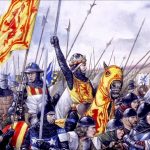 The YES has 1000 Years Behind It2014 Articles, Shaykh Dr. Abdalqadir as-Sufi 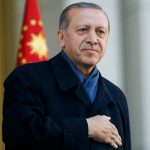