Imran Khan is that comic political figure – the man who never learns.

He married the daughter of a mad jewish billionaire thus his son is, in judaic law, a jew. There goes the inheritance!

During the election he climbed too high to show himself to the masses, fell crashing to earth, and was rushed to hospital. The victor, now prime minister immediately visited him. Khan acknowledged him as the new prime minister and vowed to work with him creatively in opposition. He has forgotten this. An ancient Roman Senator who fell to the ground from a too high platform would have seen this as a warning – if you climb too high you will fall.

Now Khan has joined hands with Pakistan’s “Fetula Gulen,” newly imported from Washington with a mandate to destroy – Tahir Kadri. Imran Khan, a great Cricketer, nonetheless was accused of ball-tampering. Now, ball tampering holds up the match but it does not win wickets. Khan is at it again. The last thing Pakistan needs today is personality politics, least of all standing beside a dubious figure like Tahir Kadri financed from America. Khan’s present position in Pakistan politics is nothing more than a traffic problem. Clear the streets. 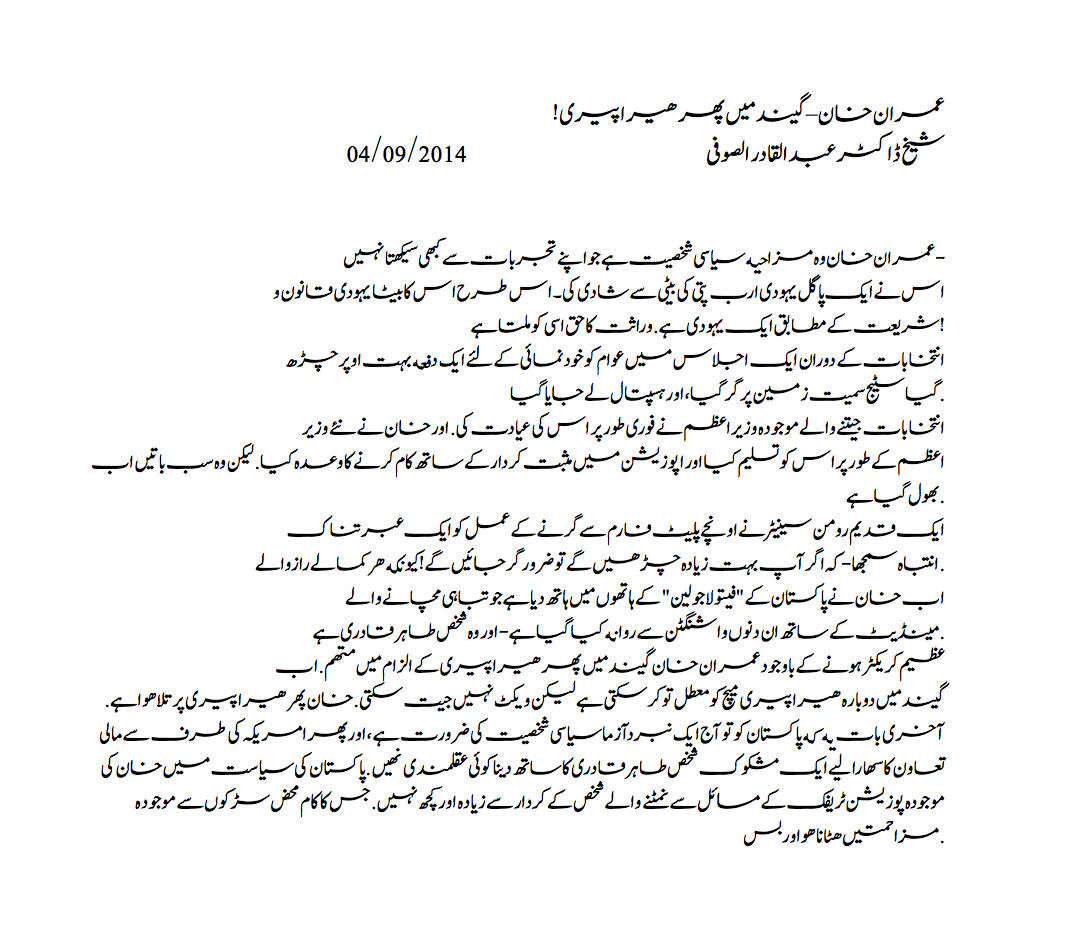 had intended to write you a letter conveying my prayers to the Creator of the Universe asking blessings on you and the huge Muslim community in the German State, this being the beginning of our Holy month of fasting. One can only regret that the effective preventive work of your special services chose the opening…